As and when any of us has had the privilege of closely observing the person of an artist, and experiencing his works over the decades, it is not all that easy to speak of him, or his work, in a brief, hasty note. This is especially true in the case of the late K.S. Kulkarni who was reticent by nature even though his activities towards art and art education took him far and wide. 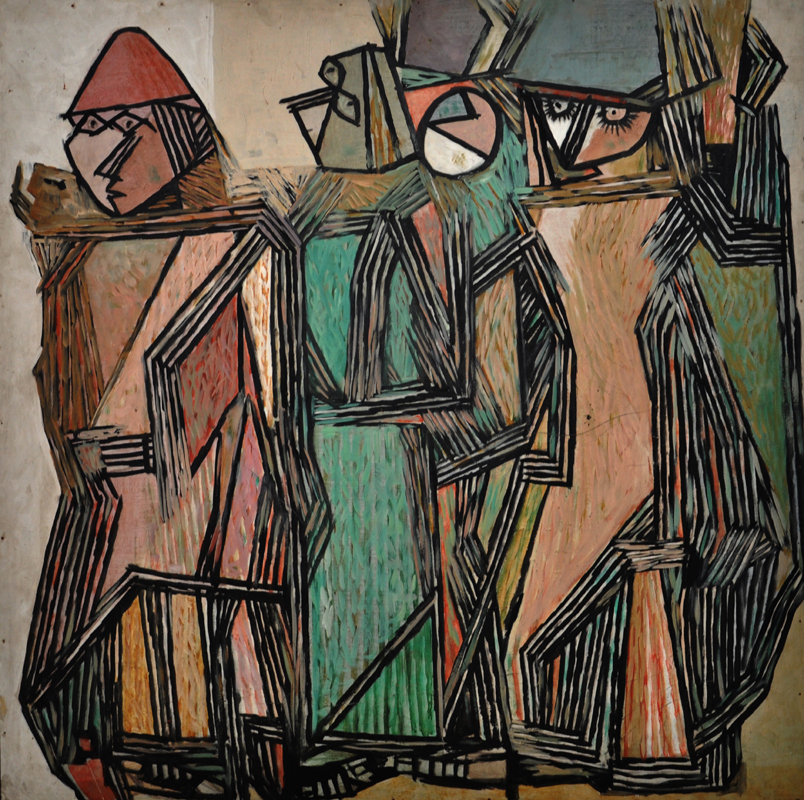 Kulkarni endeavoured to be artfully wise, and to tell the truth as he understood it, not only concerning the superficial and sensational aspects of the life drama, but also what lies deeper.

1949 Represented.India at the International Art Programme held in U.S.A.

1959-61 Murals and Sculptures for fairs and International exhibitions at Delhi.

1964 200'x50' mural at Moscow exhibition organised by the Government of India.

1967,72,76 Elected as an eminent artist to serve in the National Akademi of Fine Arts.

1984 National Emeritus Professor chosen by the Government of India for outstanding contribution to art.

1996 K. S. Kulkarni Trust formed according to his 'Will' to encourage young artists.

1997 An exhibition 'Light From The Darkness' A series of paintings from 1964-66 at the Kumar Gallery, New Delhi.

Many publications and writings on Indian Art including "Human Form in Indian Art" and jamini.Roy - Out of the Main Stream of Art Movement.