Sailoz Mukherjea completed his diploma in fine arts from the Government College of Art & Craft, Calcutta, in 1932, and embarked on a life of painting and teaching. He taught art at Sarada Ukil School of Art from 1945-47, and Delhi Polytechnic from 1948-60. A trip to Europe resulted in a marked change of style, now showing an influence of Western art. He joined Imperial Tobacco Company as its art director and was also a member of Delhi Shilpi Chakra.

A deeply influential teacher, Mukherjea shaped the thinking of a whole generation of artists, from Ram Kumar to J. Swaminathan, through his classes as well as informal discourses. Sailoz’s paintings, with their emphasis on rural landscapes, are curiously enough placed outside metropolitan imagery. Attempting to retrieve the rural visual, Mukherjea, an exile in the city, sought to reinterpret a subject matter sentimentalized in the past, by bringing back the lost rural into present urban imagination. 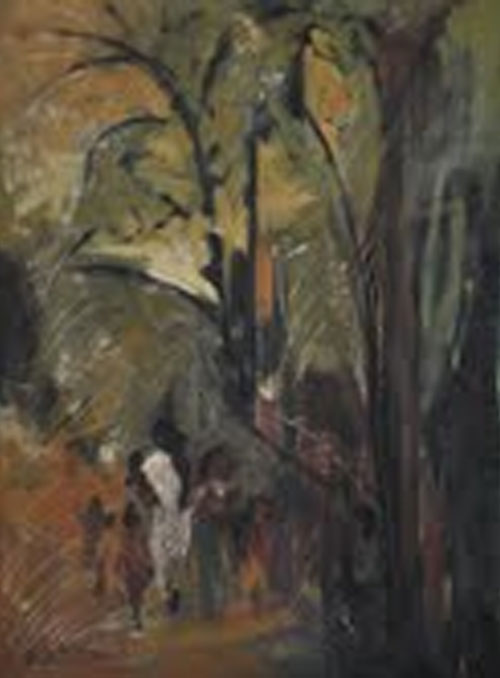